I’ve written before about Johnie’s, the Googie masterpiece on the corner of Wilshire and Fairfax. It is one of the few mid-century coffee shops in Los Angeles that has avoided the wrecking ball. It closed its doors to diners in 2000 but remains available for shooting. 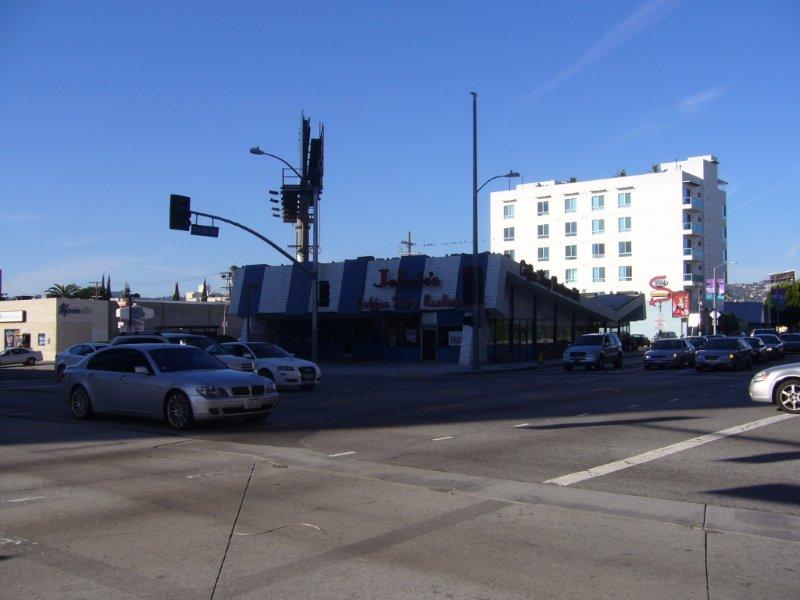 It has been in several movies, including a featured role in the cult film “Miracle Mile” (before and after photos here). But I hadn’t seen it in a while until this new AT&T commercial:

Did the makers of the commercial know they were filming just a few feet from where the Dude and his associate Walter Sobchak had a conversation about a severed toe in “The Big Lebowski?” In this wider shot, you can see that while the waitress has changed, little else at Johnie’s has over the past decade and a half: