Just like movies have a taglines (classic example, “Weekend at Bernie’s — He’s the Life of the Party… Well, Almost), the tagline for Los Angeles should be “Out with the Old, in with the New,” and I’m not referring to those lovely Beverly Hills ladies who visit their plastic surgeons on a weekly basis. Rather, it refers to the city’s disregard for its architectural heritage, knocking down classic buildings to erect ugly monstrosities.

But not everything is gone, fortunately. On the corner of Wilshire and Cloverdale stands an Art Deco structure that was built in 1935 and has stood the test of time. It was originally the Sontag Drug Store, one of the largest drug stores in America at the time, according to the folks at Old School LA. It was also one of the first to allow customers to browse and choose their own products rather than requesting them from a clerk behind a counter. This photo was taken in 1939, (courtesy Los Angeles Public Library): 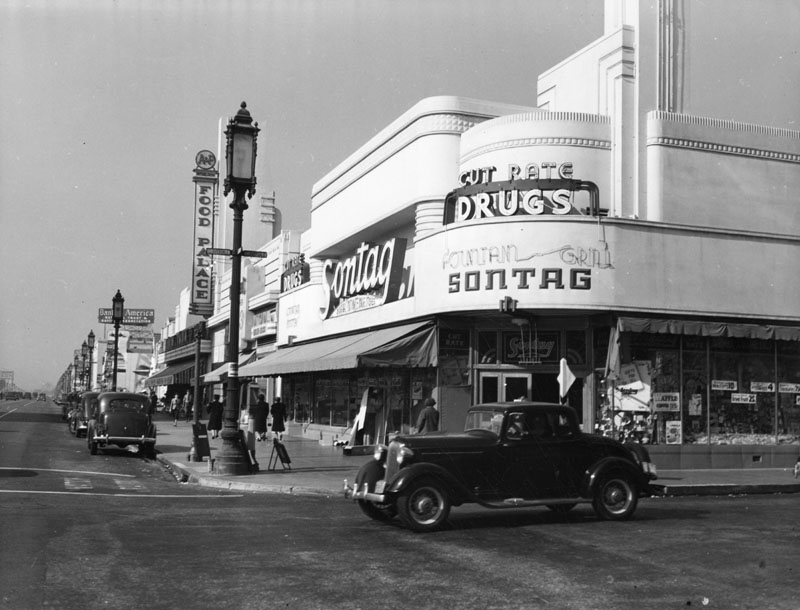 The building is certainly not a masterpiece like some of those Googie coffee shops that were torn down, but it does have its own style and is a nice reminder of the city’s history. Luckily it did not meet the fate of many of its Art Deco Wilshire neighbors and avoided the wrecking ball. Today it is “Wilshire Beauty,” looking much like it did more than seven decades ago. The rest of the Wilshire (and the cars!), however, has changed dramatically: 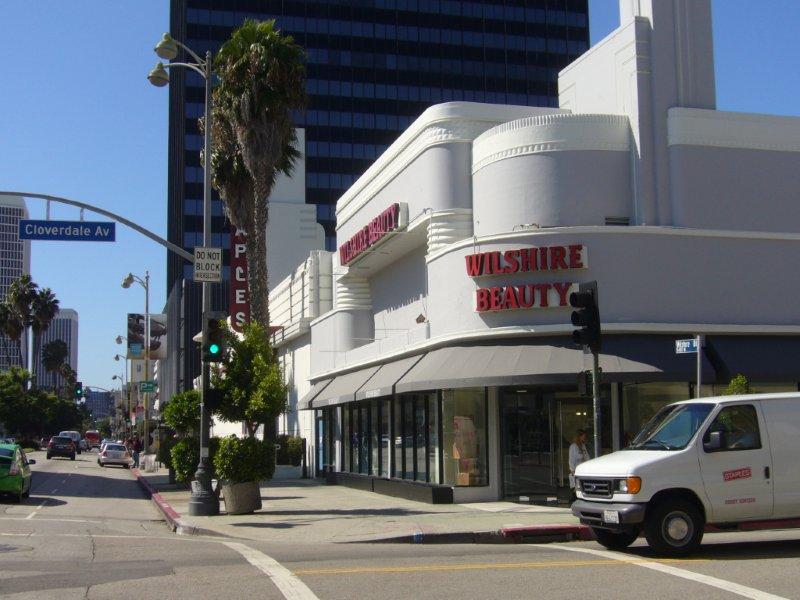